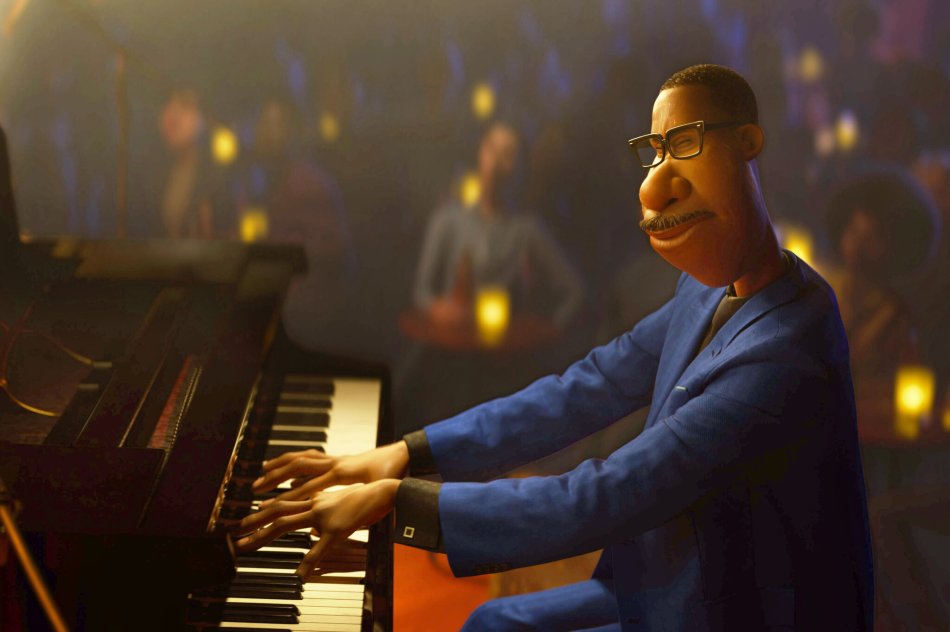 The 23rd Pixar movie has arrived and in typical 2020 fashion. After multiple release dates, ‘Soul’ finally landed on Disney+ on Christmas Day worldwide. What makes it even better is that there is no additional premium cost to watch ‘Soul’ straightaway, unlike Disney+ very unpopular choice to put ‘Mulan’ straight onto their streaming service with an additional cost. If there is anything that we have taken from 2020, it’s that you can never have enough Pixar movies in your life. With the year coming to a close, ‘Soul’ is the perfect movie for you to float away and forget about all of your troubles.

‘Soul’ follows Joe (Jamie Foxx), a music school teacher, who is extremely passionate about music and dreams of finally getting his shot at the big time. After smashing an audition to play in a prestigious Jazz band in New York City, Joe finally feels that his life is going in the right direction. That is until he falls down a manhole and finds himself out of his body and on his way to the great beyond. Or, otherwise known as death. Joe is desperate to get back to his body to play in his first big gig but is unable to. Joe decides to mentor a young soul that hasn’t reached Earth yet and use that opportunity to go back into his body.

As you would expect from any Pixar movie, ‘Soul’ is full of heart and is ready to make you bawl your eyes out. The film explores the meaning of life, whether we are happy in the direction that we are taking in our lives and whether what we’re doing in our lives is truly making us happy. Watching this sat at home, with our Christmas bellies hanging out due to the extreme amounts of food we have consumed, we couldn’t help but allow ourselves to be immersed in the experience. We found ourselves becoming emotional and laughing out loud. The only studio in the world that know how to crack that balance is Pixar. The part that works the most for the film is the immediate connection between Joe (Foxx) and 22 (Tina Fey). As soon as they meet, there is no dawdling around. They connect instantly and that allows the film to move at a steady pace.

In addition to the wonderful voice cast, the film is blessed with a fantastic score by Trent Reznor and Atticus Ross. Alongside this, the score is complimented by its incredible Jazz music by Jon Batiste. The music is wonderfully written and composed and is the core factor is making the film work. Without this, the movie would be nothing. Its core and heart is all about the music and it has to be one of my favourite uses of music in a Pixar movie for a while. Alongside this, its visuals and animation are out of this world. Just when you think you have experienced the pinnacle of animation by a studio, Pixar hit it out of the park once again. The attention to detail is flawless and even though we didn’t get to experience the film at the cinema, it still retained that cinema feel to it whilst sitting at home.

Before anyone asked, we will not be comparing to other Pixar movies in this review. We find it extremely hard to compare this with all the other work. But what we will say is that it’s one of our favourites of recent times. Its easily one that you could watch anytime and instantly feel the groove of the film and watch through. What is unique about this is that it’s the first Pixar movie to have any kind of Diversity in their films (barring Coco). It’s wonderful to see new stories be told within different cultures that are around us, that aren’t normally being shown on film. ‘Soul’ easily becomes one of the best films of the 2020 and we have the joy of watching it on our sofa anytime, any day.

One of the very few titles that the UK has been able to see that’s been recognised at the Academy Awards, Sound of Metal joins the small list of films we’ve been able to see thus far. This is easily one of our most anticipated movies for a while. After hitting the festival circuits back END_OF_DOCUMENT_TOKEN_TO_BE_REPLACED

2021 seems to be churning out more films than 2020. Although cinemas in the UK are still closed and will be for the foreseeable future, it’s great to catch some on demand films, especially some independent movies that may have missed our radar. The Night is the new horror/thriller from Iranian film maker Kourosh Ahari. END_OF_DOCUMENT_TOKEN_TO_BE_REPLACED

What an incredible journey this has been. Since the original release of Justice League back in 2017 and its underwhelming release hit cinemas, fans have been patiently waiting for this moment to arrive. After leaving the project after his daughter passed away, Zack Snyder’s original vision for the film was torn apart from Warner Bros END_OF_DOCUMENT_TOKEN_TO_BE_REPLACED

Who has seen Happy Death Day 2 U?
What is the greatest zombie movie?
Who has seen They Live?
Who will be watching the BAFTAS?
What are your thoughts on the show so far?
Who has seen Portrait of a Lady on Fire?
Advertisements
<span>%d</span> bloggers like this: