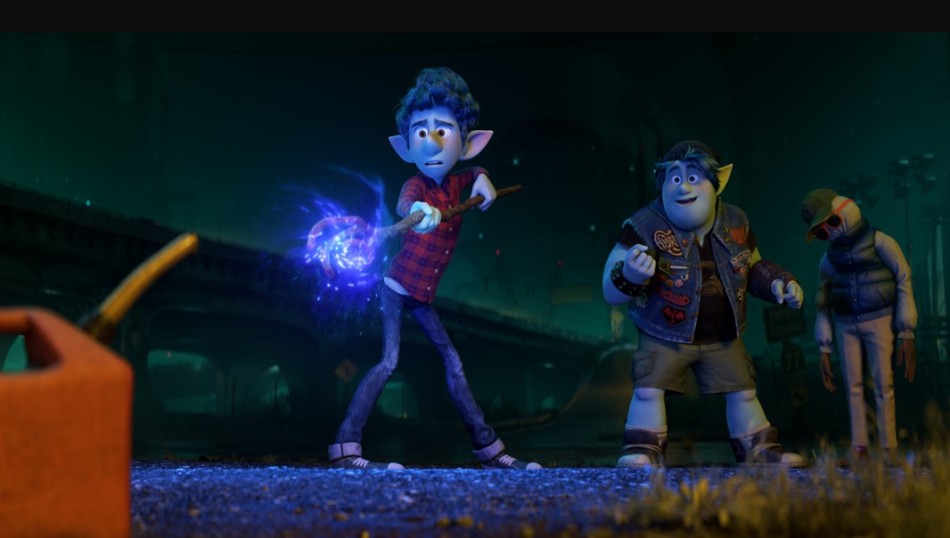 Nearing the 25thbirthday from its first release of ‘Toy Story’, Pixar have released their 22nd feature film ‘Onward’. Even if you’re not the biggest film fan or cinemagoer, everyone knows of the name Pixar. Only the biggest and most powerful animation studio that has this unique draw that other animation studios, or other mainstream studios lack, and that’s being able to bring bums to seats and in high numbers. The love for Pixar is only growing, and ‘Onward’ is looking to continue the trend for Pixar’s pulling power, but how does it fair against the giants of Pixar with the likes of ‘Up’, ‘Wall-E’ and ‘Inside Out’?. One thing that we can admit is that it certainly carries the vision and values of Pixar, and that’s to tear you apart inside, make you cry and tap into human emotion ever so well. Is it as good as its predecessors? A quick and simple answer to that is no. ‘Onward’ isn’t a film that will necessarily pop to the top of your list of favourite Pixar movies, but it’s not a bad film at all.

Set in a world where magic has slowly dissipated and consumerism has taken over the planet, we are introduced to the Lightfoot family. Ian (Tom Holland) is about to turn sixteen and is embarrassed by his family and struggles with direction and confidence, especially as he hasn’t had a father figure around as his Father passed away before he was born. His brother Barley (Chris Pratt) enjoying his gap year by playing board games that are based on the world they live in where magic was evident. Once Ian comes back home from school, Laurel/Mum (Julie Louis-Dreyfuss) brings out a special gift for both brothers as Ian turns sixteen. It’s a chance to use magic and bring back their Dad for 24 hours, something Ian has never experienced. As the spell backfires, Barley and Ian set out on a quest to finish the spell before their 24 hours runs out.

As always, Pixar seem to blow everyone out of the water with their visual achievements in animation. ‘Onward’ continues the trend by creating a completely new world and bringing it to life. Every intricate detail on the characters clothing, facial features and surrounding backgrounds look lifelike. There is no bashing the visual aspect of ‘Onward’ but I feel that although the film sparks the occasional Pixar magic throughout and especially towards the end, it does seem to fail to live up to the levels of previous movies by the studio. And to be honest, we’re still trying to pin my finger on the main reason why it doesn’t seem to work. All we can admit is that we didn’t have the inclination to go and want to see it again or spread the word to the masses to see the film.