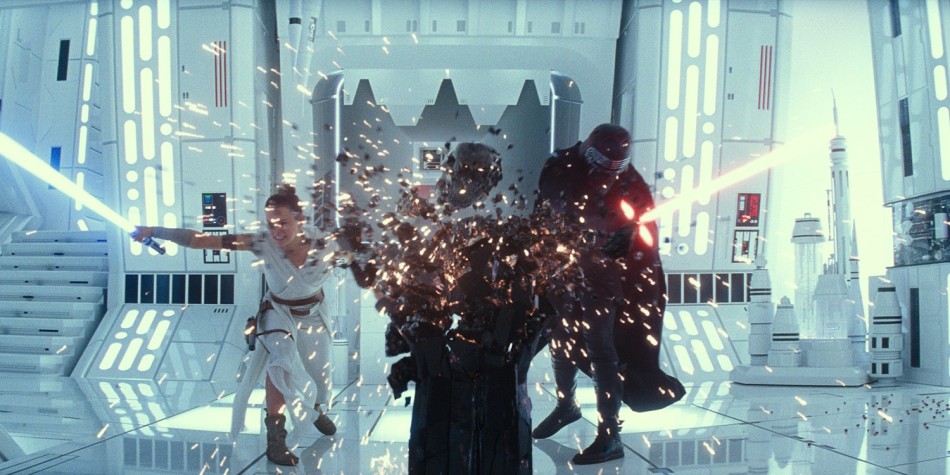 Here we are. We are at the end of the first Disney Star Wars trilogy and it’s been a rocky road for a lot of fans. ‘The Force Awakens’ (FTA) was well received by many as a positive and safe start to the new trilogy; one that mirrored many features of ‘A New Hope’ to ensure fans got on board with these new stories in a galaxy far, far away. ‘The Last Jedi’ (TLG), the middle movie of this trilogy, was favourable between critics but was hugely divisive with the fans. Due to the reception by the fans of the last movie, the new and last picture of the Skywalker Saga ‘The Rise of Skywalker’ (TROS) is most likely the least looked forward to Star Wars movie in history (barring any spin-off movies. Yes, I’m looking at you, Solo!).

We won’t go into the details of the film as we don’t want to spoilers for those yet to see it; but we can tell you is that it does answer some of those unanswered questions from the previous two movies. There are some new additions to the cast, albeit none of them major or crucial to the storyline. This is the most unentertained we’ve been at a Star Wars movie. There wasn’t much excitement or joy whilst experiencing TROS for the first time. We were buzzing after TFA and felt entertained by TLJ but this seemed to fail to put us at the edge of our seats. We wouldn’t say its necessarily disappointing but merely predictable and I think it’s fair to say that we’re glad the Skywalker storyline is finished. What this needs is real imagination and reinvigoration of the whole franchise. Every movie has felt similar to the other Star Wars. Whilst it’s easy to stay safe and use templates of the previous movies, it does take away the shock value of any twists and turns in Disney movies. We didn’t feel like the wait was worth it. We have struggled to really make a bond with any of the new characters (except BB8, of course). Due to this, there is no emotional impact for us as an audience when something happens to any of the main characters. The cinema was packed and there wasn’t any gasp or shock at any revealing plot points. It was just…silent.

We have to say though that we have been blessed with the consistency of Adam Driver throughout this new trilogy. If you are to take anything away from these films, it would be Kylo Ren. His character arc, his indecision between the Light and the Dark and Drivers acting ability towers over every single actor throughout the three films. So if there is anything positive to take away from these films then it would be that. Disappointedly, Daisy Ridley doesn’t seem to be able to show any kind of range as an actor. Even though Rey’s character arc broadens as we go along the trilogy, Ridley seems to struggle to convey her emotions on screen; her facial expressions do not seem to vary much throughout. In a big film moment, finally finding out her family history, there is no change and leaves the scene feeling flat.
Visually, as you would expect, ROTS looks superb. JJ Abrams vision is a delight to behold but unfortunately, he falls into that regular trap of style over-substance. It’s easy to say that this is the worst out of the Disney Star Wars trilogy. We wouldn’t necessarily put the blame all on JJ for this as he was thrown in quite late after the firing of director Colin Trevorrow. The likes of Kathleen Kennedy are to blame for not being ambitious enough to allow the directors of the trilogy creative control.

It’s such a shame to be writing a negative review for a Star Wars movie because we are Star Wars children. These are films are a part of us and have grown up alongside us. To come across the first one that doesn’t seem to resonate to the audience or inject any kind of energy really is disappointing.

0 comments on “Star Wars: The Rise of Skywalker Review”