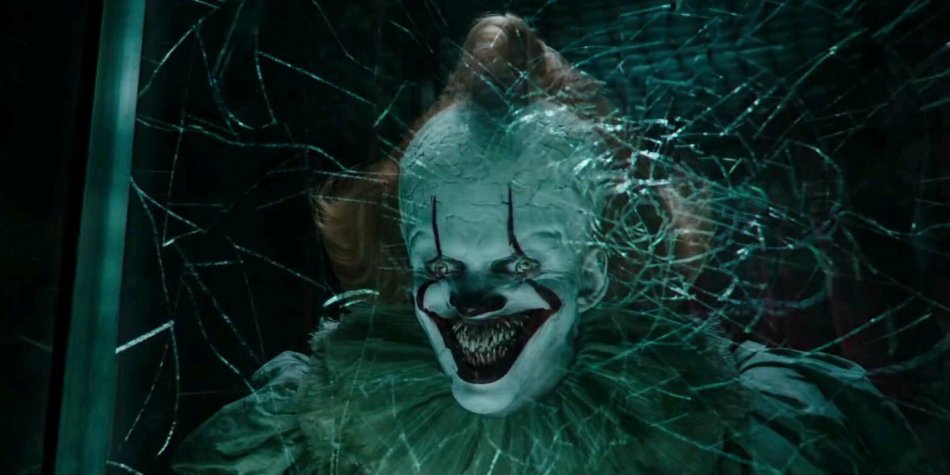 Undoubtedly, the most anticipated Horror sequel for years, Pennywise is back on the big screen torturing not only the residents of Derry, but us, the audience. After the extremely successful first part back in 2017, ‘IT Chapter Two’ already has a lot of pressure on its back to perform and deliver what is normally, a very hard thing to do, and that is give us a decent horror sequel. Due to the sheer length of the Stephen King novel, ‘IT’ has been split into two parts. The first part covers the kid’s experience of the terrifying and sinister clown Pennywise, whereas the second part picks up 27 years after the first film. Pennywise has returned and the Losers Club go back to Derry to finally finish Pennywise once and for all.

Returning in the director’s chair is Andy Muschietti, along with all the kids of the first movie as they all feature in flash backs that are pivotal to the film. Most importantly, Bill Skarsgard is back as Pennywise. Joining the film are big names like James McAvoy, Jessica Chastain and Bill Hader, the three of them playing Bill, Bev and Richie respectively. The consistency is already there with the cast and crew, but can the adults pull off good performances that resonate really well with the amazing kids performances in the first film? The answer to that is a resounding yes. That is the key foundation for this sequel to be successful. We became so invested in the events of the first movie and the kids are so likeable, so it was important that the casting of the adults was spot on so it felt like a seamless transition to present day. Every single one of the adults perfectly fit into their characters, and they do this so well that you can see the kids inside them. In regards to outstanding performances, there wasn’t necessarily one that was standout, but if I had to pick, it would either be McAvoy or Hader. Both come across on screen in different ways. McAvoy channels the frustration and heartbreak that Bill has experienced since losing his little brother Georgie. Whereas, with Hader, he perfectly encapsulates Richie on screen, continuing the brilliant portrayal that Finn Wolfhard did in the first chapter. Hader brings a comedy element to the second chapter and is basically playing the audience role in the movie by giving a realistic human emotion to how someone would react in a horror film. He laughs inappropriately at parts he shouldn’t but also loses his confidence and gets scared shitless at the right times. Hader provides huge laughs consistently throughout and helps bring a different tone to this film as opposed to the darker tone of the first.

As expected, Bill Skarsgard is again, absolutely incredible as Pennywise. After his career changing performance as the clown in ‘IT’, he managed to bring the clown back to life and scared the living daylights out of the audience. His charm, charisma and ability to bring the character to life and be effective is a wonder to watch. I really hope the Swedish actor can continue to keep up these impressive performances.

Muschietti is the one I really want to talk about. The Argentine director is continuing his impressive runs as a feature director. After his strong English language horror ‘Mama’, he has continued to use the fantastic techniques he uses from that film and implement them in a brilliant way with the ‘IT’ films. He has a natural flair at creating an intensely immersive horror movie that you cannot take your eyes off. He has managed an incredible feat of adapting a meaty book of 1000 pages into two movies and leaving us satisfied. I hope he continues working within the horror genre as it would be a shame to see such a talent leave and do something else.

For the film itself, I really enjoyed it. High hopes and expectations were there and they were met. The film does a wonderful job at picking up straight after the first movie in such a coherent way; it feels like you haven’t left Derry. Whether this is better than the first film is hard to tell, or maybe it’s just not a topic of discussion. I envisage these two films as being one huge project. And I believe that’s the best way to see it. You can’t watch one without the other, so they naturally blend into being one movie. It’s helped to feel this way by having the consistency of the performances of the characters and the direction by Muschietti. ‘IT Chapter Two’ is a crowd pleasing, heart racing, uncomfortably funny horror movie that will make you wanting to experience it all over again.

Check out other reviews below!
IT (2017) Review
The Current War Review
Once Upon a Time in Hollywood Review