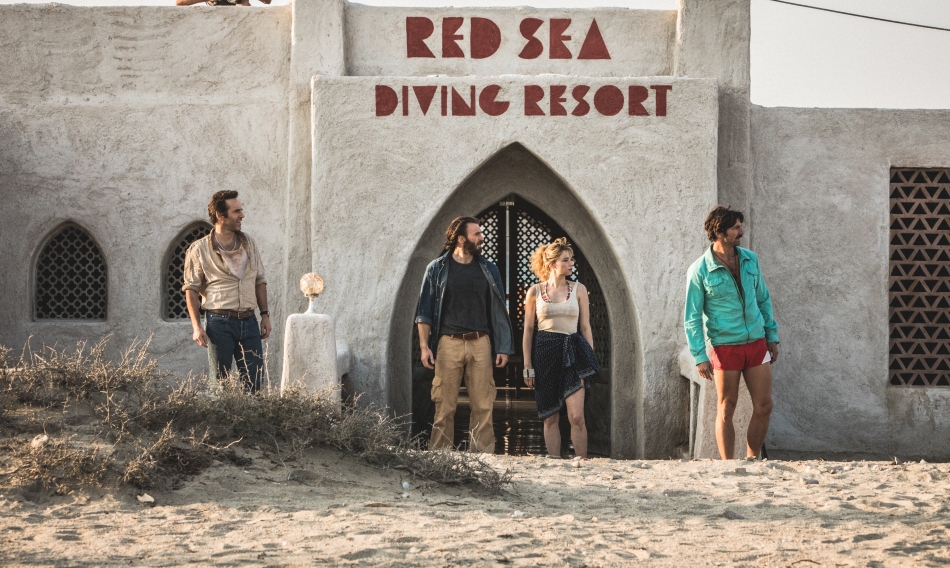 There are moments when watching true to life dramas when you will often find yourself asking whether a film was the right way to tell the story or whether another medium would have done a better job. The Red Sea Diving Resort is exactly one of these films.

Based on a true life rescue mission, a group of international agents find themselves going undercover and opening a hotel off the coast of Sudan in an effort to save thousands of refugees from a religious genocide in central Africa.

From the very moment the film begins, the movie feels like it has no idea what story it wants to tell. Between Captain America set pieces designed to take full advantage of lead, Chris Evans super-notoriety, jovial hotel montages MC’d by Duran Duran and tense paper pushing bureaucracy, the film reeks of a plot put together late in the editing process, hurriedly trying to find something new and interesting amongst a series of scenes that never really add up to much more than mediocrity. 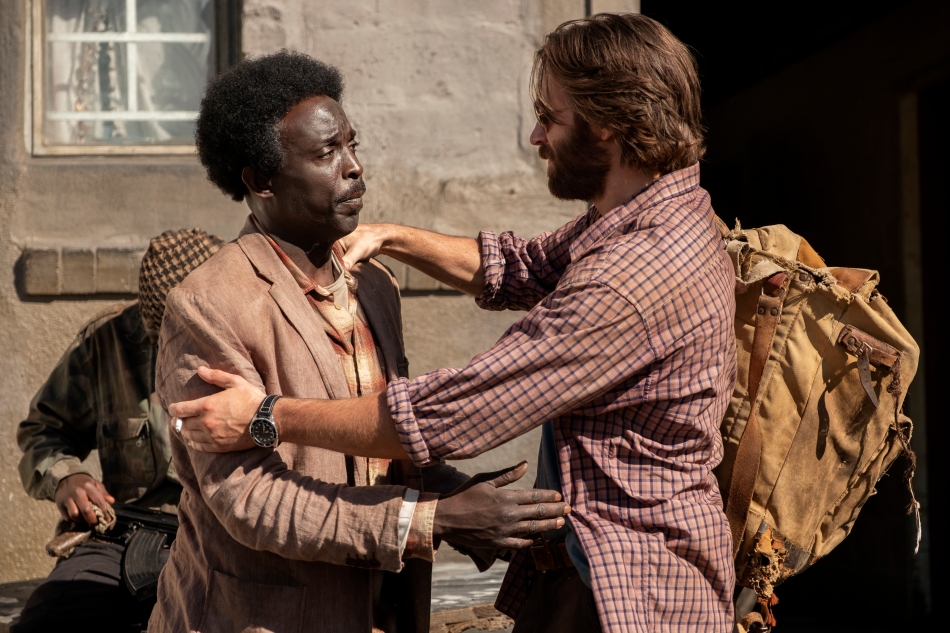 You just have to look at the poster to see that no one really knew what where they wanted to take things. Boasting the tagline ‘In the 1980’s one partnership saved thousands of lives’, you would be forgiven in thinking that this was a covert operation between an unlikely coalition. Somewhere in the edit however, this idea seems to be thrown out the window, as while there are hints to the unlikely duo, its pushed to the back of the narrative, only dipping in and out when there are no more logical places for the story to go.

The result is a tonal mess that begins to feel like an odd amalgamation of movies rather than a coherent whole. Savage moments of violence put to mind films like Schindler’s List or The Last King Of Scotland but its juxtaposed with the airy nature of Ben Affleck’s, Argo or to a lesser extent, heist movies such as Oceans 11, The Italian Job and The Usual Suspects. If this already leaves you feeling like this is an odd combination to have for a film about refugees escaping a genocide, it’s because it is!

In terms of performances, aside from being a packed cast of talent, there is very little to get excited about. While Chris Evans is still trying to find his place outside of the MCU, RSDR is not the best place to start given how frustratingly similar his character Ari appears to his other alter ego, Steve Rogers. Some brief appearances by Ben Kinsley and Greg Kinnear are perfectly fine, but like Evans, are rarely allowed outside their comfort zones.

Without a doubt, the strongest performance comes from Chris Chalk. Playing the central villain, his performance echoes the cold hearted nature of Idris Elba’s, The Commandant (Beasts of No Nation), striking a cold hearted terror whenever he is on screen. Considering how up and down the rest of the film takes, its a real shame that this too falls away into the background rather than taking center stage.

Given the finished product, The Red Sea Diving Resort is a finished product that does very little justice to the harrowing reality of that which took place. In trying to emulate stories with a similar ilk, the result is a flimsy attempt to give drama to something that would have best found a voice as a documentary – a genre that Netflix would probably have done a better job with!

The Red Sea Diving Resort is out now on Netflix!

Where does Wandavision rank in your favourite MCU title?
Justine (2021) is released on streaming platforms tomorrow and to mark the release, you can read our full review on our website - www.allthingsmoviesuk.com
What is your favourite action movie of all time?
What are your thoughts on Bruce Almighty?
How do you rate The Invisible Man?
What films have impressed you this month?
Advertisements
Loading Comments...
Comment
×
%d bloggers like this: