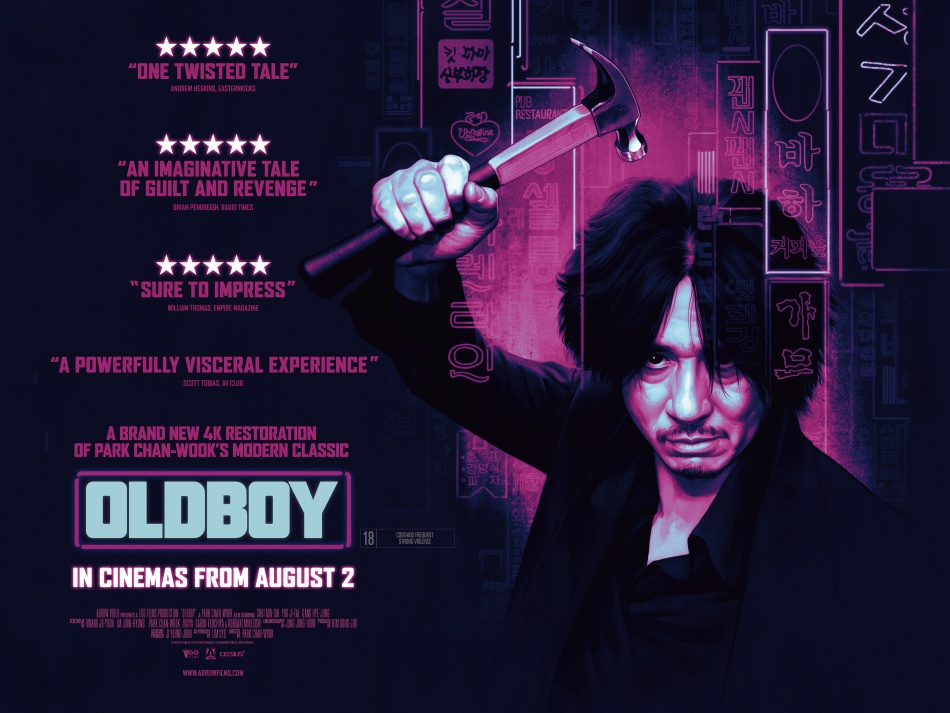 This August, classic revenge play, Oldboy is returning to select theatres, digital download and 4K UHD. With a range of restorations, re-releases and anniversary editions cashing in on nostalgia cinema, we thought we better take a look and see whether one of the key Korean films of the 21st century lives up to the test of time.

Kidnapped and imprisoned for an unknown crime, our hero (and I say this broadly) Oh Dae-Su finds himself inexplicably released after 15 years. Tasked with finding his captor within 5 days, the mystery of why he was incarcerated slowly unravels with each passing hour.

Released originally in 2003, the film became a hit around the world after a resounding reaction at Cannes Film Festival. Winning the Grand Prix (only second to the Palm d’Or), the film was lauded for its dark themes, praising director Chan-wook Park (recent hits include, Stoker and The Handmaiden), on his commitment to stripping back the human condition while telling a deep and meaningful story in the process.

Flash forward to 2019 and its safe to say those assertions remain accurate. The story still packs a punch and delves to places that many films, including the 2013 Spike Lee remake, struggle to commit to. As we become reacquainted with Oh Dae-Su’s kidnap, come to terms with the eventual plot reveal and sit jaw agape at the legendary claw hammer scene, it’s still impressive how far the story is prepared to go regardless of the amount of times you’ve have seen it. 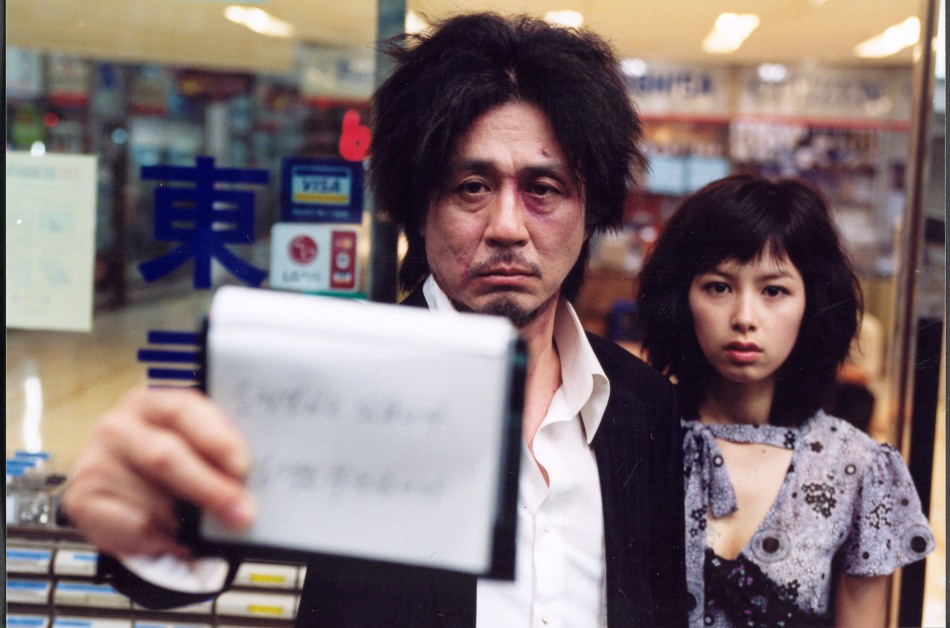 Whether watching for the first time or familiarizing yourself with a firm favourite, the one thing that will certainly jump out at you will be the sheer influence it’s had over modern cinema. With fingerprints all over the industry today, it’s hard not to recognize its impact on action films such as The Raid and John Wick franchises as well as sci-fi epics such as Snowpiecer. With each scene echoing, or more aptly informing, most of the more iconic films in recent years, it’s not long before you find yourself mesmerised by one of the staple entries of modern cinema.

As far as restorations go, this is certainly one that benefits from the enhanced aesthetic. Showing off the work of acclaimed cinematographer, Chung-hoon Chung (his handiwork can be seen in IT and the Handmaiden), it’s a gorgeous descent back into a world that many would rather run from. Breathing new life into every frame, from the decadently disgusting prison cell through to the sadistically sterile penthouse, there is a lot more to see in this carefully produced restoration.

Oldboy releases again in cinemas August 2nd and on 4K digital download from the 26th August via Arrow Video!