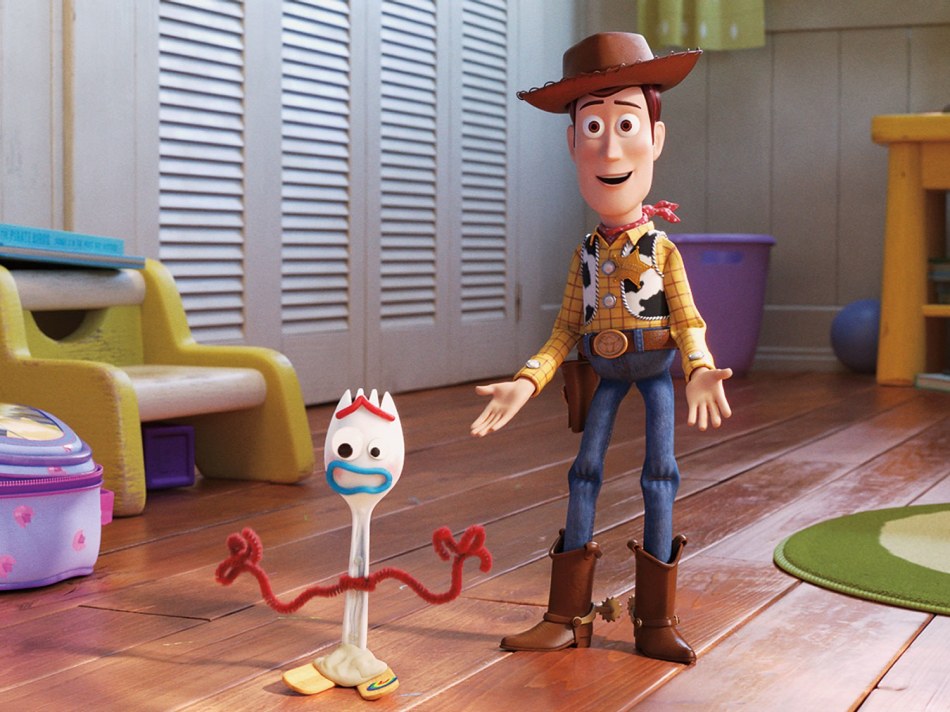 I’m a huge fan of the ‘Toy Story’ franchise. I have been since I was a kid, back when I had a double sided duvet cover with the option of Buzz Lightyear and Woody to choose from. I even had both characters as toys growing up. As the series has gone on, I’ve always been pleasantly surprised at how they continue to grow the series and keep you coming back for more. When I heard they announced the fourth instalment, I was very apprehensive for a number of reasons. One being that I thought they are over shooting it a little by making another movie, isn’t three enough? Two, is there an audience that want to see another ‘Toy Story’? ‘Toy Story 3’ was huge, both with the audiences and critics and it made a killing at the box-office. I thought it was a risky move for Disney and Pixar to make a fourth but of course, like the mug I am for childhood Disney movies, I went to see it anyway. To my genuine surprise the fourth instalment is a great one and appears to give us closure.

To keep things fresh for the franchise, Pixar and Disney decided to bring in the inexperienced director Josh Cooley  who is known for having directed only two shorts thus making ‘Toy Story 4’ his first feature film. Advantageously Cooley has worked closely with Pixar in both the Art Department and in Writing over the last few Pixar films. His direction with this film is fresh and brings a whole new tone to the series by making it darker than all the others allowing the toys to explore outside of Andy’s or Bonnie’s rooms.  What also helps is how insanely good the film looks, especially the CGI. It’s incredible to look back at the first film back in the early 90’s and to see the progress they’ve made, it just adds more to the film. Personally, I couldn’t take my eyes of it.

The filmmakers have done well with this film by allowing the spotlight to be on Woody, giving him the opportunity to reign on what once was back in the original Toy Story without much complication from the other characters. Buzz has never been a personal favourite of mine as he does not offer as much as Woody in his character traits; and of course does not offer the outstanding voice work of Tom Hanks. With that said, ‘Toy Story 4’ leaves room for the characters brought to us in the 3rd film and even introduces a host more, all of whom equally contribute to the impact and success of the film. A large character in the new instalment is ‘Forky’, a Spork that was brought to life by Bonnie who needs to understand he went from trash to toy. Actor, Tony Hale, completes the voice for Forky and in the process steals the movie; with variations in intonation and inflection you can hear the expression of emotion so clearly from his character. He is adorable, hilarious and unique. Forky is of huge importance to Bonnie, to this film and to the viewers.

This should be the ultimate send off for the characters of ‘Toy Story’; like closure has been made and we can now all move forward. It would be difficult to see how this could be continued but this appears to have been the opinion of most following the third instalment also. I would go as far to say that ‘Toy Story 4’ is faultless and thoroughly enjoyable throughout; it makes you feel a spectrum of emotions from happiness and laughter to more sober and tearful. Having been late to the party in watching ‘Toy Story 3’, having known a 4th was due to come, I found the ending the saddest, in a bitter-sweet way, in comparison to the others. ‘Toy Story 4’ is definitely the family feel-good movie of the summer.