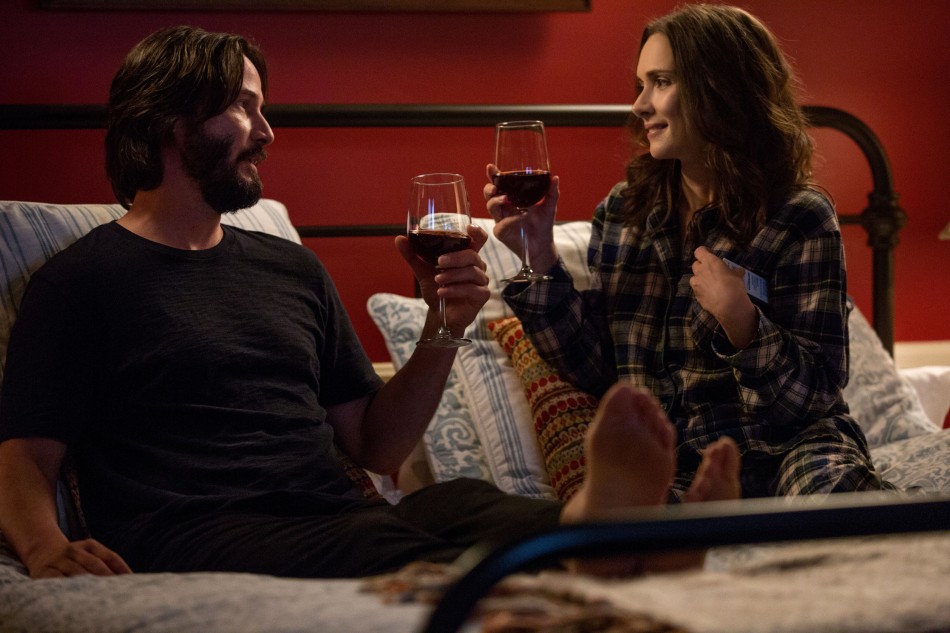 ‘Destination Wedding’ provides Keanu Reeves and Winona Ryder their 4th outing on screen together. Their performances together have met highs and lows so far with the likes of ‘Dracula’ and ‘A Scanner Darkly’ providing good quality screen time, due to being surrounded by quality talent both on screen and off whereas their previous outing, ‘The Private Lives of Pippa Lee’ (2009) was far more disappointing.

‘Destination Wedding’ is their newest joint venture; a romantic comedy directed by Victor Levin. The film follows two main characters Lindsay (Winona Ryder) and Frank (Keanu Reeves), both cynical and generally selfish individuals who have willingly, seemingly self-imposed, the weight of the world on to their shoulders. From their first meeting the two share a mutual dislike for the other adding to the despair they feel when revealed they are both attending the same destination wedding (hence the film’s title). Both miserable and unpleasant in their characters they eventually discover this commonality and find this connection can see them through the weekend; a weekend neither of them had high hopes for. 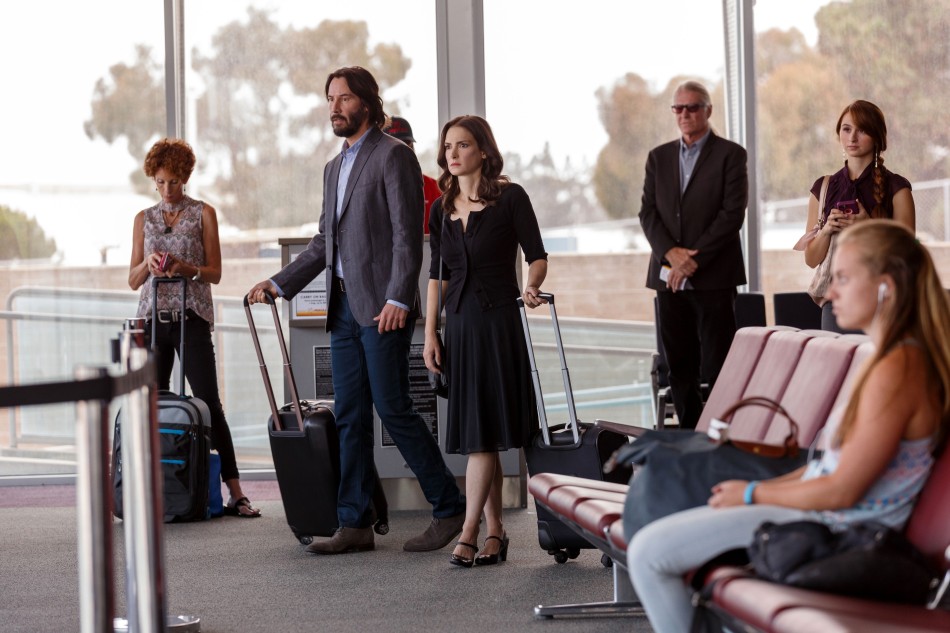 Keanu Reeves and Winona Ryder are both actors we at ‘All Things Movies’ adore. Both actors possess great talent and have starred in films and TV where this is utilized to the greatest extent (nobody can fault Winona in ‘Strangers Things’ can they?) and yet in ‘Destination Wedding’ you can see their acting abilities aren’t as well showcased as they otherwise should be. However, whilst saying this, it might be that they produce characters so irate throughout the film, with Lindsay breathing on plants to “help them photosynthesize” and Frank producing a hacking sound deep in his throat whilst, for lack of a better term, fingering, his ear, that they actually do a job well done in boring you to death. However, the opinion here is that both Reeves and Ryder are capable of a lot more and this one of those inconsistent acting performances they both have on the big screen. A film that you would not repeatedly be watching again.

Director Victor Levin, mostly known for his Executive Producer work on TV shows like ‘Mad Men’ and ‘Beecham House’ (2019) decided, for some reason, to pick up the camera and direct. Now, in all fairness, Levin wrote the script and it’s not terrible at all. I actually enjoyed the conversation piece of the movie as I thought it flowed well and portrayed an authentic reality of the sometime dab conversations between adults. That I will credit, but the half-arsed and at the best of times, boring direction, made me want to look away. Bearing in mind that the whole film is a conversation piece, shot in California, you would had thought Levin would produce some eye catching shots? You thought wrong. The majority of the time, the camera is completely static, absolutely no motion, unless the characters are on the go. There’s just nothing there to keep your eyes peeled to the screen and that is vital in a conversational piece in order to retain the attention of the viewer. If you want a good example of this, go see Richard Linklater’s ‘Before’ trilogy (1995 – 2013).

For what it is, ‘Destination Wedding’ isn’t a car crash movie like I may be making it out to be. Well, maybe it is. But, with all its flaws crafted right in front of your eyes, I couldn’t help but like it; and that pains me to say. I enjoy Reeves and Ryder enough for them to pull this off…just. And, as mentioned above, the conversations in the film are its strong point, without that, then I’m afraid this could had been one of THE worst movies I have seen. It’s saved by the skin of its teeth by the good screenplay by Levin.

Destination Wedding is out on Digital download right now and on DVD on July 1st. Check out other reviews on our site!
John Wick: Chapter 3 – Parabellum Review
Tucked Review
Child’s Play Review