Arrow Videos have released their much anticipated second project of American Horror movies. The idea of the boxset is to release little-seen independent American horror movies to the masses. In the second project we have three movies, all from the 1970’s, offering all kinds of gory madness. Each film has been newly remastered from the original prints and appear for the first time on Blu-Ray. Alongside the restoration, all three films have a wealth of additional content for you to enjoy such as hours of original interviews with the film makers, reversible sleeves for each film and a limited edition 60 page booklet about all the films.

The first film on the boxset is the 1970 movie ‘Dream No Evil’. This follows the story of a woman on a mission to find her biological father. Whilst on her journey, she is drawn into a world of homicide and terror. We follow a slow-building path, one I imagine would be winding and weaving, towards a gruesome end. I would place this as the least ‘scary’ of the three films in this boxset but the one with the more captivating story-line. ‘Dream No Evil’ is the oldest film in the boxset, by a significant number of years, and thus demonstrations the restoration made with the most clarity. Being in its original condition, the restoration allows for the film to be viewed as it was intended all those years ago. 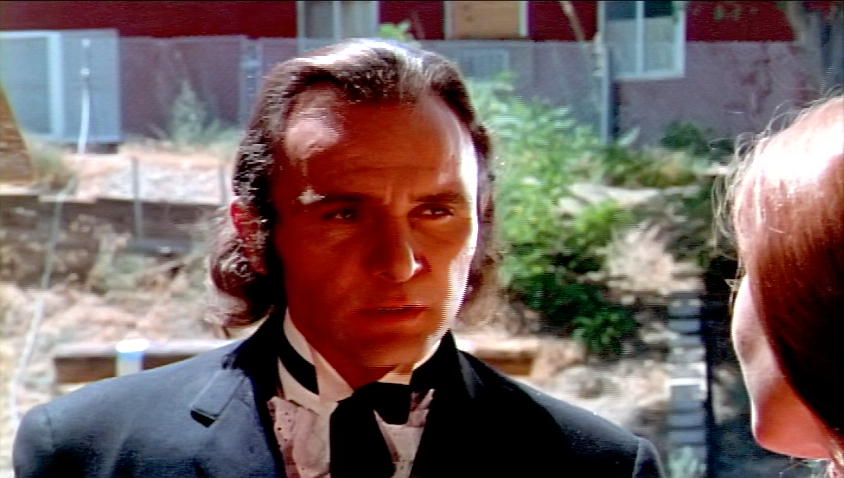 The 1976 film ‘Dark August’ is next up on the boxset. Starring J.J. Barry in the lead role as ‘Sal’, his character struggles through the trauma of accidentally killing a young girl in the town. Unable to forgive Sal, the young girls Grandfather places a curse on Sal. The curse mentally deprives Sal of the ability to decipher reality from fantasy. The curse was put on Sal to torment him the way the Grandad was tormented after the loss of his granddaughter. Of the three this is hands down my favourite of them as showcasing, not only, the brilliant actor J.J Barry but also the legendary Kim Hunter (Adrianna) known primarily for her Academy Award winning role in ‘A Streetcar Named Desire’ (1951). The pace of the storyline allows for a coherent narrative, building tension along the way before reaching a satisfying ending for the viewers by tying up all the loose ends and giving the characters an ending they deserve.

The final film on the boxset is ‘The Child’ (1977) produced by Harry Novak. ‘The Child’ follows a young girl who is blamed for the death of her mother during childbirth. So, like any normal child, she chooses to awaken an army of the dead to punish them. This could possibly sound quite thrilling and lead to the reader thinking it has some potential, yet it came in as my least favourite film on the boxset. With poor quality videography and the general feeling of boredom throughout there is nothing to capture the watcher other than a love of the aesthetic of a low-budget 70’s horror. Featuring quick cuts, odd score and scenes and make-up so OTT with smoke/fog and artistry it makes you laugh to your stomach. So, if you’re looking for a horror that, in its essence fails at being a horror, then you have found the correct film.

Well, there you have it; my verdict of The American Horror Project 2. I want to thank Arrow for providing ‘All Things Movies’ the opportunity to watch and review these films as without this boxset these movies would have continued far off of my radar. As with most people this boxset provides access to the little-seen underground 70’s horror. The American Horror Project 2 is available on Blu-Ray on the 24th June online and in-store.