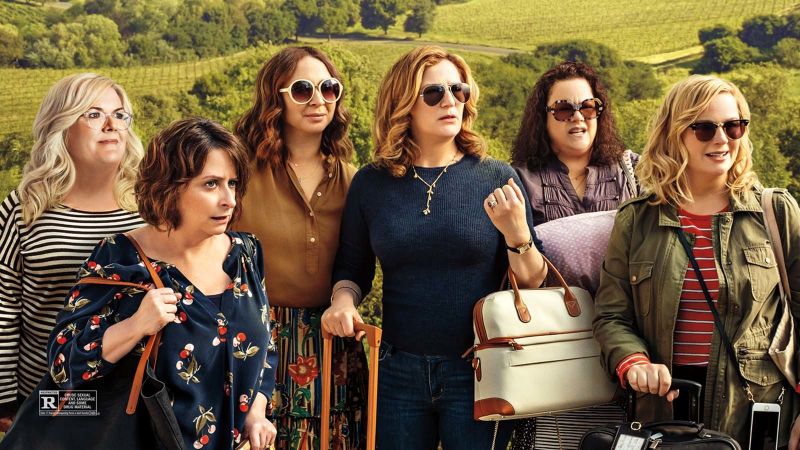 ‘Wine Country’ is the new Amy Poehler comedy, which is also directed by the famous American actress. The film follows a group of long-time friends as they travel to Napa to celebrate one of their friends turning 50. During the long weekend, the girls come across multiple hurdles along the way. Not only are they celebrating their friends big birthday, but there are big secrets within the group that is eating them up inside. As time passes, their friendship is tested, whilst drinking numerous bottles of wine!

I have to admit, this really isn’t my kind of film. I’m most definitely not the targeted audience but I wanted to give the film a shot. The great thing about Netflix is that it offers you films that aren’t available in cinemas, so it almost makes your choice easier, as I slumped in bed on a Friday morning. I’m a fan of Maya Rudolph and Amy Poehler to an extent, but this comedy falls as flat as a drunken woman after five bottles of wine. I appreciate that the film itself does try to explore more sensitive issues such as unemployment, broken marriages and health problems but because of this, the tone of the film just doesn’t seem to add up. On one hand you have the comedy side of things which I have to be honest, didn’t tickle me once. And then you have this attempted serious side which feels very out of place. The problem I tend to have with comedies is that they have a habit of to be very unoriginal. Jokes are made but it feels very Déjà vu, and if you’re trying to sell a film as a comedy and it doesn’t come across as humorous, then you have big problems.

Additionally, looking at the front cover of the film, or even watching the trailer for ‘Wine Country’, it feels like it’s going to be a fun film that will be perfect to pass the time or bring some joy to your evening. Instead it feels empty and a little boring at times. Out of all the characters, Maya Rudolph’s Naomi is one of the more interesting and has a lot happen to her throughout. She has a moment where she gets extremely drunk and attempts to serenade the birthday girl, Rebecca (Rachel Dratch) but fails embarrassingly in a public setting. Everyone else, including Amy Poehler seems to glide along at a slow pace with nothing to offer. In the short time between watching and reviewing this film, it’s extremely difficult to think of any memorable moments, apart from the one mentioned above which is such a shame. As mentioned before, this is definitely not a film that is targeted to my demographic but I’m sure that even the targeted group of individuals this film was made for would find this mediocre and boring.