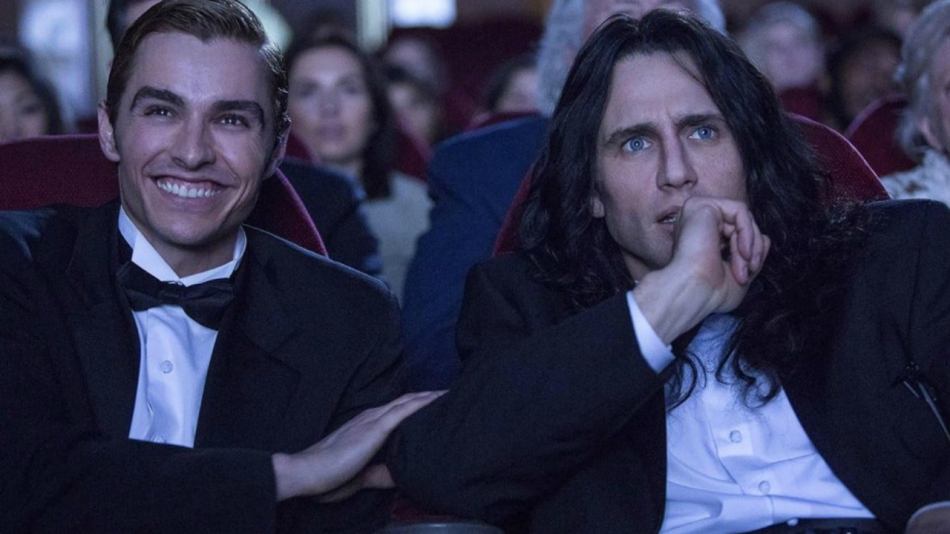 Synonymous amongst movie fans, The Room has and will forever be known as the ‘best worst movie ever’. Since its release back in 2003, audiences have watched in awe as a series of illogical events unfold into unintentional hilarity, with the film eventually becoming a cult phenomenon and a ‘must watch’ for any film fan.
The Disaster Artist is a love letter to this very film. Adapted from the book of the same name, the story follows the relationship between The Room’s creator, Tommy Wiseau (James Franco) and best friend, Greg Sestero (Dave Franco) on the lead up and eventual filming of the cult classic.
Taking the helm both in front of and behind the camera, James Franco does a truly remarkable job paying tribute to the artist, Tommy Wiseau. Simultaneously producing, directing and starring (as Wiseau did for The Room), James Franco’s note perfect imitation is easily one of the most endearing parts of the production. Whether its a painstakingly accurate reproduction of a key scene or a inpromptu chat with Judd Apatow, Franco embodies the character with such vigour, you find yourself invested in his outlandish story.
Penned for the big screen by Scott Neustadter (500 Days of Summer) and Michael H. Weber (The Fault In Our Stars), it will come as no surprise that the film has as much heart as it does laughs. With much of the first half dedicated to the growing friendship between Wiseau and Sestero, it becomes quickly apparent that this is much more than a mockumentary. The audience will feel genuine friendship, laugh at its eccentricity and find inspiration in the characters passion for film making – something that you never really expect to see from a comedy with James Franco and Seth Rogen attached.
While The Room will last a lifetime for being bad, The Disaster Artist will be known for quite the opposite! 4 out of 5 stars.

0 comments on “The Disaster Artist Review”