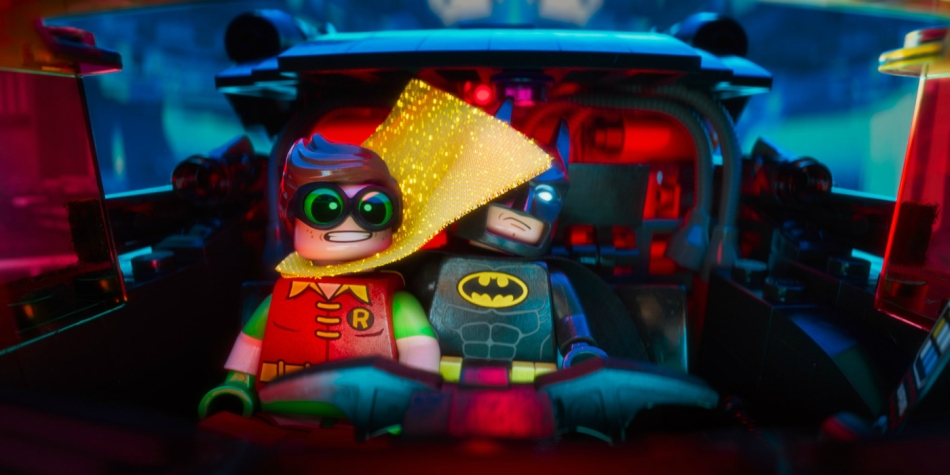 The LEGO Batman movie is one of the most bonkers things you will watch this year but with a great sense of humour and a fairly robust story, it sets a very high bar for this years animated adventures.

When the Clown Prince of Crime decides to bring together the deadliest villains in history to take down Gotham, its once again up to Batman to save the day.

Batman has had many iterations in his time. A casual crimefighter in his first adventures, a camp tv star in the 60’s and eventually the broody hero we often see today, there have been many versions that have caught the attention of millions. While it may feel like we have seen it all, LEGO have now given their version of the classic character….and its amazing!

Fairly new to feature films, director Chris McKay does a pretty decent job bringing together the many moving parts the franchise is becoming known for. With some experience in the animated world, McKay balances the on screen madness with impressive visuals and well paced character encounters, while at the same time getting the most out of well timed jokes. Unfortunately there is a slight difference between the first and second half in terms of quality but taken as a whole, this is a thoroughly enjoyable and notably different adventure back to Gotham.

The story itself is fundamentally a Batman vs Joker story but the added LEGO twist gives you a lot more than you would expect. With the ‘Batverse’ at its beck and call, LBM is stuffed with so much Batman trivia and Easter eggs that even the most die hard fan will find things to appreciate. With a sense of humour to boot, not only are you bombarded with rich Batman lore but you are shown it in a very funny way. Whether they are riffing off previous movies, bringing back villains from the past or digging up aspects of our heroes rich history, its all given a moment in the limelight.

Rounding things up nicely is the impressive voice talent. Will Arnett is back in the lead role while Michael Cera is perfect as his enthusiastic side-kick, Robin. The cast however doesnt just stop there though as Ralph Fiennes, Rosario Dawson, Zach Galifianakis, Mariah Carey, Channing Tatum and many more turn up to give life to the all too recognisable characters.

The LEGO Batman movie is without a doubt one of the funniest films of the year. A strong voice cast and impressive visuals certainly make it stand out from the crowd but a slight tail off between the first and second half hold it back from being just as good as its predecessor. 3.5 out of 5.

Even though its a new year, its always good to catch up on the best bits! Check out what we thought of last years movies with out top 10’s:

Who has seen Happy Death Day 2 U?
What is the greatest zombie movie?
Who has seen They Live?
Who will be watching the BAFTAS?
What are your thoughts on the show so far?
Who has seen Portrait of a Lady on Fire?
Advertisements
<span>%d</span> bloggers like this: