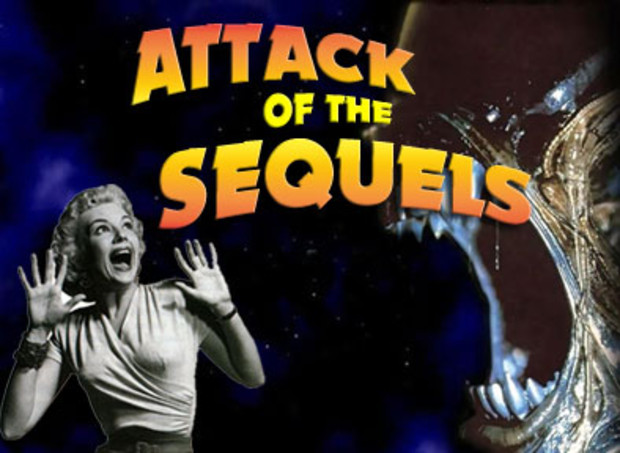 Sequels, Reboots, Re-Imagined. These are probably three of the most commonly used words in Hollywood right now. Those words are used to sell movies to try to bring audiences to cinema screens again. We live in a world where sequels are desperately turned around in a very short amount of time to make a quick buck. Sequels have been rife in 2016 and they haven’t exactly been great. With the likes of Ride Along 2, Crouching Tiger 2, Zoolander 2, Allegiant, London has Fallen, X-Men: Apocalypse and Bad Neighbours 2, they were all extremely average and unnecessary. The majority of them slammed by film critics, fans alike, especially for a film like Zoolander 2. A film that has been anticipated for a very long time fell flat on its face. So how do you determine a good sequel and what should be involved to make a sequel successful? I’m going to dive into the unknown and try to figure out what exactly makes a good sequel! A few of my favourite films of all time are sequels. Aliens, Terminator 2 and The Dark Knight are among my favourite. Incredibly, they all follow three very good films in Alien, Terminator and Batman Begins. These three movies are the greatest examples of how to make a sequel great. First of all, the gap between the first films to the second is adequate enough to keep the fans waiting for another. The gap also gives writers and directors to create a good enough story to revisit the characters. Also, they need to be interesting enough to go back to. These three films all have brilliant characters arcs that can easily be expanded upon. Batman, Ripley and The Terminator are incredibly strong and fascinating characters to return to again. Box-Office success and critical love towards these three films have sent them into movie stardom. These are the perfect example of a continuation of a story, and incredibly, every single one of these was never planned.

Christopher Nolan never intended to do a sequel to Batman Begins. He wanted it as a one-off movie and to leave it. Obviously, after a lot of fan and critical love for Batman Begins, The Dark Knight was made three years after. Easily one of Ridley Scott’s best films in Alien was made back in 1979. The sequel didn’t arrive until 7 years after the first film. Aliens completely upped the ante, switched genres from Horror/Thriller to Action. We saw a completely new side to our main character Ripley and experienced a whole new adventure which made the sequel refreshingly new. The same applies to Terminator 2; we had an incredible genre changing movie in Terminator back in 1984. A machine sent back in time to eradicate the mother of the leader who beats the machines in a future war where humans have been virtually wiped out. The Terminator is eventually destroyed at the end of the movie and it’s hard to see a return of that character. But again, the arrival of Terminator 2 seven years later defined action movies and still sets the bar high 25 years later.

As you know, sequels aren’t always a success. The sequels to Jurassic Park (excluding Jurassic World) are extremely underwhelming. The magic, fear and action are completely missing from The Lost World and Jurassic Park 3. This is one of the greatest examples of a struggle to make a good sequel. I’m not a great fan of those two films and I honestly think they really struggle to keep you gripped to the screen and really do let me down on the action side of things. Jurassic Park was one of the first films to really use dinosaurs on the big screen to such a huge effect. Due to the immense success of that film, any potential follow ups were destined to fail. Jurassic Park doesn’t possess the qualities and longevity that a Terminator, Batman or Alien film has in its second outing. The dinosaurs are the main attraction of the film. Once you’ve seen them, it wasn’t as magical as the first outing. That’s why I applaud Jurassic World when it was released back in 2015. 22 years after the original, everything has been expanded. We are introduced to new characters, a brand new dinosaur and a new story.

Honestly, it’s extremely hard to determine how sequels will perform in the eyes of the fans and critics alike. These days, there have been many attempts to create new universes and to set up potential sequels that ultimately fail at the first hurdle. Most recently, the film, Mortal Instruments has now ended up more successful as a TV series. In my opinion, sequels always work when they aren’t planned. Go out of your way to make an incredible solo movie with strong characters that the audience can relate to. Only make a sequel to a film if you think the world can be expanded to introduce new characters and settings. A successful sequel to me is keeping in touch with the ingredients of the first film. Keep true to the story arcs but expand the world to make it a bigger thrill ride than the first film.

0 comments on “What Makes a Good Sequel?”