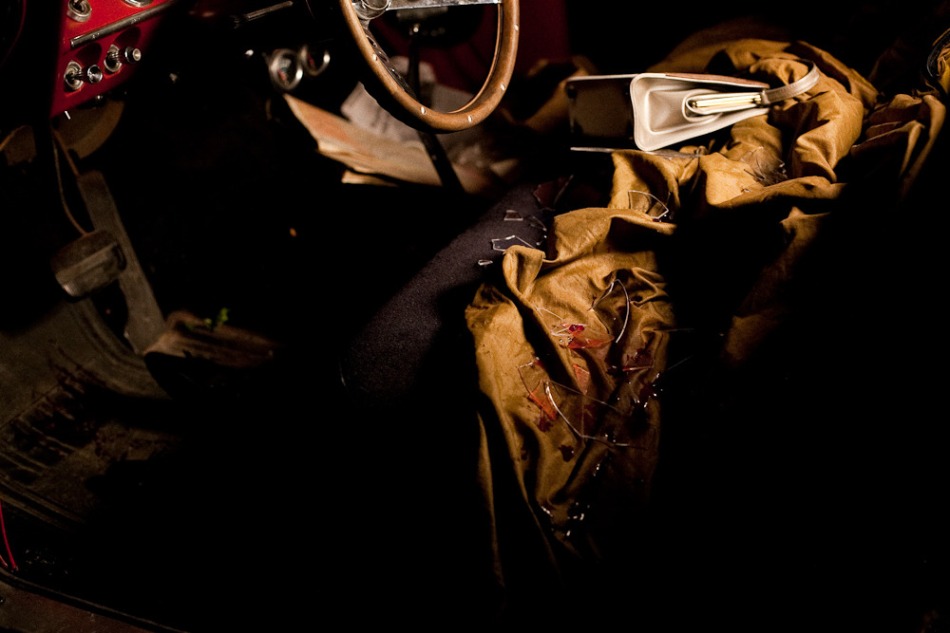 While the trees sleep is a brave little short that tries to build depth like a feature while keeping to a smart and poignant running time.

The story explores events surrounding the murder of civil rights activist Viola Liuzzo after the Montgomery to Selma marches in Michigan, 1965.

With a keen skill and an expert use of film-making techniques, director Emilie Sabath has done more than showcase her talent for film – she has made a lasting impression.  Understanding the human side of historical events can be one of the hardest things to imagine on screen but thankfully Sabaths understanding of the material more than shines through here.

Easily one of the stronger aspects of the short was the impressive camera work. Similar to Paul Thomas Anderson or Steve McQueen, the camera not only lets the audience know what’s happening but it also plays an integral part of the story. This use of the lens adds a level of depth that a screenplay can’t do alone and really helps you connect with the characters without having to rely on sprawling narration to fill in the gaps.

Unfortunately however, the one thing that let’s this down is context. While there is a real depth to this short, you can’t ignore the fact that very little information is given about the figures involved. If you know the events portrayed, the story is a deep and insightful piece of cinema but if not, it might leave you feeling a little lost. All that being said however, a second watch after a quick Wiki search will easily fill in any gaps in knowledge.

As you would expect, a piece of cinema like this relies on a strong cast. Although expectations are high going in, it’s nice to see that the cast do manage to deliver. This more than benefits the production as the characters, while central, need more than just delivery of lines – they need a presence. Once you add this to the impressive production values, you end up with a pretty impressive little short film.

Although there are some contextual issues with the narrative, While the Trees Sleep is an impressive production given the limitations a short film often comes up against. Showcasing a tremendous talent behind the camera, fingers crossed this isn’t the last time we hear from director Emilie Sabath.

0 comments on “While the Trees Sleep [Short] – EIFF Review”