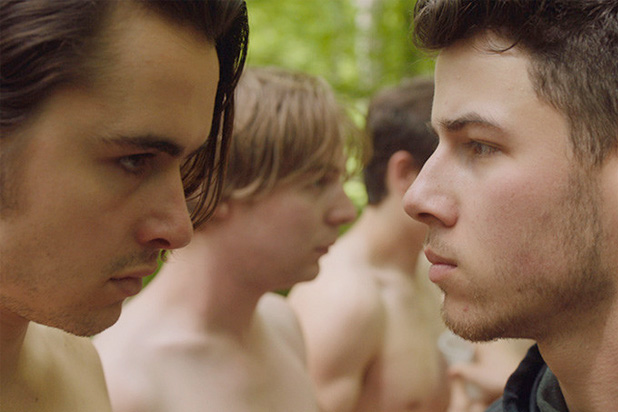 The first screening of Sundance London 2016 for press was Andrew Neel’s Goat. Based on actual events, the film follows Brad, a young adult who enrols at college to join his older brother Brett (Nick Jonas) after a horrifying experience back home. After being jumped by two strangers, Brad is beaten to a pulp and had his car stolen in the process. We follow his footsteps as he continues to move on from the horrible events.

Leading the pack we have unknown actor Ben Schnetzer playing Brad. Not having seen him in any of his other work, I was wary of this unknown who could lead this film. I was very shocked to find that he gives an incredible performance as the broken nineteen year old. This actor is a must see in this role and is one to look out for in the future. Alongside Schnetzer, we have Disney alumni Nick Jonas. Coming out of his comfort zone, we experience on of the three Jonas brothers in a whole new light. Jonas does a great job at supporting Schnetzer and proves that he also has a potential future in drama.

I think I enjoyed the film a lot more than I thought I would. This helps because I wasn’t expecting a lot coming into it. Having Nick Jonas as one of the leads and an inexperienced director at the helm, it shows that you should always go into a film with an open mind.

The direction was good at times but was brilliant in moments when it mattered most. When Brad gets beaten up, the lighting and the camera work is used effectively and is one of the stand out moments of the film.

I have to admit though that the scenes including the pledges of the main characters that he has to endure to get into his fraternity equate to around 50% of the movie. This does show a lack of depth in the main storyline. Also, a pointless inclusion of James Franco in a cameo role wasn’t necessary, but being a producer on the film, I’m not surprised that he has included himself.

Goat is a surprising dramatic film that gripped me at the key moments and included some brilliant acting by lead actor Ben Schnetzer. At times it does struggle to go over that last hurdle to make t a brilliant film, but it’s one to watch. 3.5 out of 5.