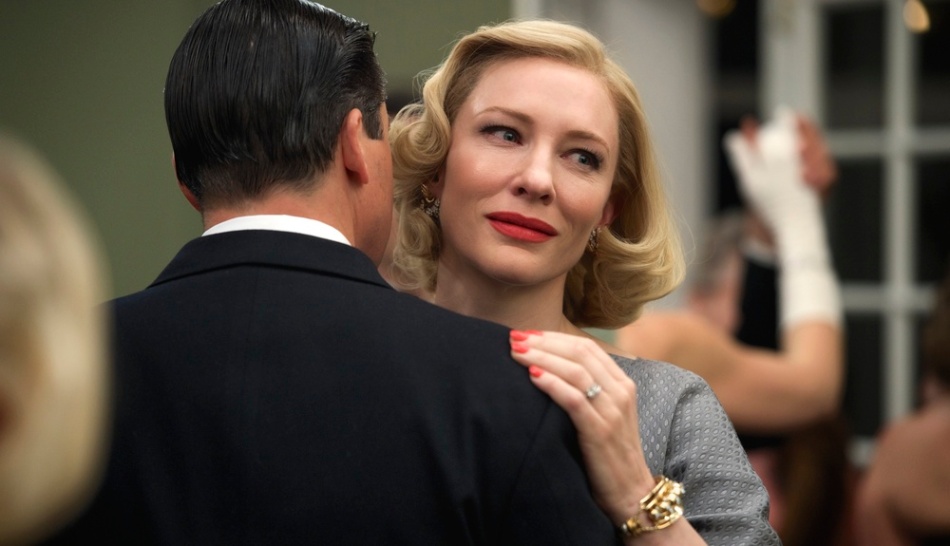 Easily one of the most engaging and powerful films of the year, Carol manages to bring both an incredible story and some of the most hypnotizing performances in the last 5 years.

Critically acclaimed director Todd Haynes has managed to bring us something quite magical in the run up to the Oscar season. With a plethora of skills, Haynes talent is deeply routed in his ability to gain perspective when capturing a particular moment. Opting to film on Super 16mm film, it’s given a raw and gritty effect that helps to tone the piece brilliantly. When combined with a keen eye and interesting camera placement we are given something that feels uncomfortably intimate, removing the ‘fly on the wall’ approach and instead, making you feel part of each conversation and passing look. When you compare this to the nature of cinema at the moment, it’s somewhat refreshing to see that the old tricks are just as powerful as the new ones when used effectively.

At the heart of the project, Carol is a love story first and foremost – telling the story of two people falling in love while using the social ‘taboo’ nature of the time as a side story rather than the main arc. Its in this format that we are treated to a gentle and subtle plot, allowing the audience to see a relationship evolve organically in real life scenarios rather than the structured ‘romantic comedy’ approach so common nowadays.

Rounding things off nicely, Carol has been blessed with what can only be described as the perfect cast. Seemingly taking the role in her stride, Blanchett manages to portray a confidence not seen from the actress since 2013’s Blue Jasmine – bringing ‘Carol’ to life with an impressive pallete of emotion. Rooney Mara is excellent as the innocent and inexperienced Therese, arguably matching Blanchett when sharing the screen together. With Sarah Paulson and Kyle Chandler only further adding to the mix, this truly is a cast to be proud of.

However brilliant the performances are individually, it’s impossible not to mention the chemistry between the two leading actresses. Somehow enhanced, Blanchetts strength is complimented by the purity of Mara, making you sympathise with the characters in a remarkable way. When together, the intensity is more focused and as such, we are rewarded with something great.

With an intriguing story, brilliant camera work and extraordinary performances, Carol gets the Oscar buzz humming nicely with this great drama. 5 out of 5 stars.