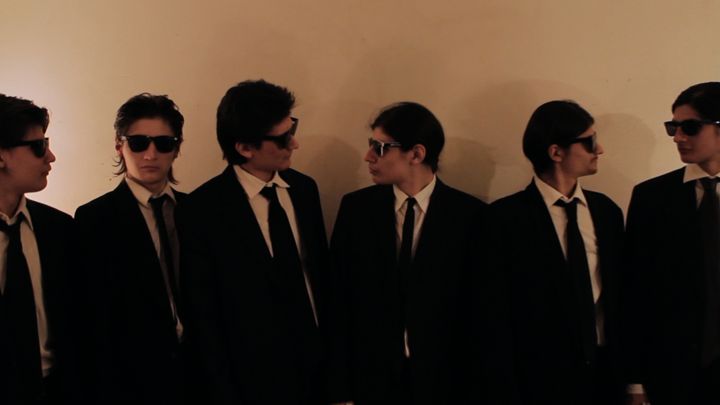 Crystal Moselle, the young filmmaker behind this year’s most interesting and ambitious documentaries ‘The Wolfpack’ is on the ever growing list of female talent that has come through in the past few years that includes director of ‘The Babadook’ Jennifer Kent that is exciting cinema at the moment. Following a young family in New York, the Angulo brothers have been confined to their fourteenth story building by their parents are shown on the big screen as they discuss their battles with not being a regular kid on the streets and being raised within the walls of their home. The only thing the Angulo brothers have had to help pass the time is their love for films; being confined within their house by their secretive father and brainwashed mother, their only escapism is film         . After seeing nearly every movie made in the history of man, the brothers go full swing and make their own costumes and re-enact scenes from their favourite movies.

Not only do they re-enact scenes from their favourite movies, the Angulo brothers hand write their favoured scripts while watching the films they like. Including the handwritten scripts, the brothers hand make costumes for their selves in impressive fashion that includes a whole Batsuit from ‘The Dark Knight’ that is made from cereal boxes and yoga mats. The most impressive part of this documentary is the trust that filmmaker Crystal Moselle got from the secretive family and the trust came from their mutual love of cinema. Including getting the trust from the family, Crystal Moselle captures the true effect of film and cinema and how passionate it can make an individual, and in this case, a whole family. Throughout ‘The Wolfpack’ the audience feels claustrophobic and how the brothers have potentially felt for their whole life being confined within the same walls their whole life.

The brilliant direction and choice of story-telling for the family is poetic but most importantly, doesn’t make the family feel like a circus freak show but instead, an intriguing family that just live life differently to everyone else. The short running time for ‘The Wolfpack’ is incredibly effective as we are left with a mouth-watering effect for more footage of the Angulo brothers. There are plenty points of the documentary that aren’t covered in great detail but that’s what makes it even more effective. For a documentary to leave me wanting more is a rarity especially down to the incredible story that covers this family. ‘The Wolfpack’ is by far one of the most interesting documentaries in the last few years and is a must-see. 4.5 out of 5 stars.